Faulkner Eagles In the Pros

EAGLES IN THE PRO'S

Austin Adams will be with the Cleveland Indians as a relief pitcher for the 2015 season.  He is the first Faulkner Player to make it to the "Big Leagues."

Former Faulkner pitcher and Millbrook native Austin Adams was called up to the Cleveland Indians roster on July 11th! Adams, who played for the Eagles from 2006-2009, was selected in the 2009 First-Year Player Draft.

2015 Was another great year for Eagles to enter major league baseball.  In total 5 player signed contracts with MLB clubs.  The outstanding seasons turned in by Faulkner center fielder Chris Madera and closer Alejandro Castro are now being rewarded. Over the weekend, Madera signed a free-agent contract with the Boston Red Sox, while Castro inked a free-agent deal with the New York Mets.

Both players will be on their organization's respective rosters that compete in the Gulf Coast League, known as one of the top two rookie leagues in the country.

"I'm really happy when guys that come through our program work so hard that they get the opportunity to live out the dream of playing professional baseball," said Faulkner head coach Patrick McCarthy, who had ace starter Jack Charleston chosen by the Chicago White Sox in the 30th round of the recent Major League Baseball Amateur Draft. "Just like Jack, Alejandro and Chris played major roles in our success this season, and we will now be big fans on theirs as they begin their careers. " Brian Bass signed with the Los Angeles Dodgers with his side arm arsenal and the Eagles senior All-American catcher signed with the Florida Marlins. 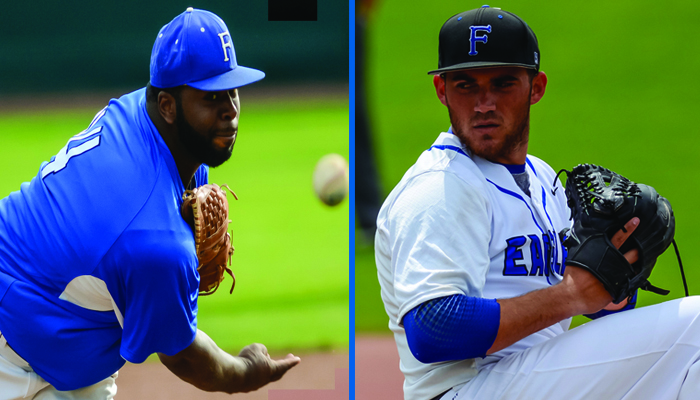 In 2014 Faulkner pitchers Jay Gause and Thomas Dorminy were both selected in the 10th round of Major League Baseball's first-year player draft Friday June 6, becoming the second and third Eagle players to go in the top 10 rounds in the past three years.

The Houston Astros took Gause with the first pick of the 10th round and 286th pick overall, while Dorminy went 12th in the round to the San Diego Padres. He was the 297th overall pick. The two join Corey Black, who was drafted in the fourth round two years ago by the New York Yankees, as Faulkner's recent draftees. Since traded to the Cubs, Black was selected this week to the Southern League's Class AA all-star team as a member of the Tennessee Smokies.